In this episode of The Art of Breaking Out, Mars Dorian and I discuss his methods for finding balance in life and work, sparking creativity, and creating better art.

Mars fell in love with comics and visual storytelling at a young age. In fact, his creativity was sparked early in life and he talks about how he discovered his calling as a child. He describes being a fairly introverted kid who could easily escape into his own fantasy world, so he started creating his own comics. His early influences varied, from gaming systems to french comics to Japanese Manga. And his experience grew as he started to travel the world, but he felt lost and confused in his early 20s. We get into a discussion about this period of his life, the fact that the creative path is never easy, and ways to effectively maneuver through it.

We then talk about what transpired to turn things around for him, including his introduction to WordPress and blogging. This included multiple iterations of his online brand and how failure after failure led him to where he is today. We also discuss how his introduction into the world of digital illustration changed his path.

But it’s difficult to effectively pursue a successful creative solo practice without rock-solid habits—to boost creativity and maintain momentum. So we delve into mindset, eastern practices, and Mars’s daily routine. We both share a fascination with a Dutch daredevil commonly nicknamed “The Iceman.” So the podcast wouldn’t be complete without a little discussion of Wim Hof, his antics, and his famous breathing technique.

Then Mars and I discuss how many people have a go at online success but never truly break out, often because they don’t do enough and give in too early. Mars details his many online iterations, his many failures (sometimes failing abysmally), and why these experiences were so key to his breaking out. And how every single failure helped him learn, adapt, sharpen his approach, and move on to new opportunities. It turns out all these events crystallized over the years into something quite special. We talk through this evolution and his current foray into the self-publishing world and novel writing.

I think you’ll love this discussion on creativity, health, and entrepreneurship.

What you will learn:

Links mentioned in the show:

Want to find out why I started the Art of Breaking Out podcast? Read this. 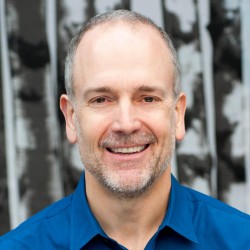